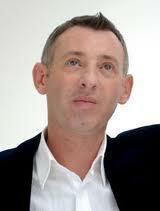 One of the world’s greatest mediums, Colin Fry, has been diagnosed with terminal cancer. This came as a huge shock to me, and very rarely for someone I don’t know personally, I broke down crying when I read the news. Just because one is a Spiritualist who knows there is an afterlife doesn’t mean we don’t grieve or that we don’t miss people who’ve moved on to another dimension. Having lost a life-partner myself, I feel for Mikey Moo, Colin’s life-partner, and of course for Colin himself. He is undergoing radiotherapy and pain control, but sadly at 52 going on 53 it seems Colin is not going to be around on Earth giving his wonderfully specific messages for another 20 or 30 years or so.

Already some of the spiteful remarks have started. On the ‘BadPsychics’ site, run by debunkers who say all mediums and psychics are frauds, there are remarks like ‘he didn’t see that coming’. This confuses mediums with end-of-the-pier ‘fortune tellers’. Mediums don’t usually tell the future, if indeed it is possible to forecast events which haven’t yet happened. In any case there is a code of practice whereby Spirits and mediums do not forecast or pass on messages about someone’s impending death or future terminal illness. There are indeed cases of premonition, and I have had two such incidents in dreams, but in both cases the events forecast were already in the process of happening. Forecasting events far in the future would suggest everything is set in stone and we have no free will to make decisions or influence the future.

Another remark on the ‘BadPsychics’ site was that this was a chance for Colin to admit he has been a fraud all these years, rather than saying, as Colin as done, that ‘the show must go on’ when Colin feels well enough to perform (he’s had to cancel some performances recently). All this venom is very cruel, and I know Colin is a genuine medium from a very specific message I received from him which could not have been researched beforehand and which could not possibly have been guesswork or ‘Cold Reading’. As I have said before, if you look at Colin’s ‘6ixth Sense’ TV programs (still being re-broadcast on some Freeview channels) you will know for certain he is a genuine medium. He is so specific about details, and people whose relations have died would not be party to fraud such as agreeing to be ‘plants’ in the audience. These ‘plants’ would have to be paid, and they could then sell their story to the tabloids exposing the medium as a fraud for far more money than they could get from agreeing to be a ‘plant’. The whole idea is, frankly, quite ridiculous.

While not claiming to be a medium myself, I do channel my life-partner, and soon after he transited I got direct messages which answered questions I’d asked him in posthumous letters to him and which helped me find things he’d hidden away in our flat – items I never even knew he had.

There is one incident early in Colin Fry’s career, when he was demonstrating physical mediumship under the stage name ‘Lincoln’, which is always brought up by debunkers and involved the lights being turned on and Colin being seen holding a Spiritualist trumpet which was supposed to have been levitated by ectoplasm. Colin in his autobiographies has addressed this incident, when he was less experienced, and blamed it on a mischievous entity called Daniel. A physical medium usually goes into a trance so is unaware of what transpires. Also even when bound to their chair Spirit regularly dematerializes and rematerializes physical objects, so believe it or not it is perfectly possible for a physical medium bound to a chair and in a trance to be manipulated by Spirit, and there are mischievous entities who can cause havoc with an inexperienced medium who does not take necessary precautions.

Apart from this one incident, I have not read of any convincing report of Colin allegedly faking anything. It is true that mediumship powers can sometimes wane at times, and in the past some genuine mediums have been tempted to ‘fake it’ in order not to disappoint their audience. I don’t think Colin has ever done this, and if he did it would be very obvious as he channels such specific messages that ‘cold reading’ would stand out like a sore thumb.

I am deeply saddened by the news about Colin, and feel for his partner Mikey, Colin’s family and all his fans. Other mediums will continue his work when he’s transited, such as his friend Tony Stockwell and many others. There are good, bad and mediocre mediums. Colin is one of the best.

There are things he and other mediums have done which I am not particularly happy about. New Age stuff like selling crystals and other merchandise, and this current mania for Spiritualists to ape Christianity by ordaining ministers who are given the title of ‘Reverend’. Colin Fry was recently ‘ordained’ and became known as the Rev. Colin Fry.  This to me serves no useful purpose since Spiritualism is not a Christian denomination, and I would regard it as a science rather than a religion since it is based not on faith or scripture but on repeatable experimentation and evidence. To adopt the trappings of Christianity will only serve to turn off atheists, agnostics and people of non-Christian religions and prevent them discovering the truth about afterlife communications.

I wish Colin and Mikey, and their families and friends, all the best. And thank you, Colin for your wonderful work and the messages which have comforted so many.

This entry was posted on Friday, April 24th, 2015 at 11:45 am and is filed under General. You can follow any responses to this entry through the RSS 2.0 feed. You can skip to the end and leave a response. Pinging is currently not allowed.

Bad Behavior has blocked 623 access attempts in the last 7 days.