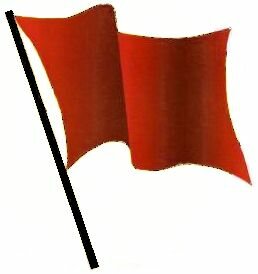 I still call myself a Marxist, because it was Karl Marx in his book ‘Das Kapital’, which I read in my teens, which really made me understand things like the law of the surplus value of labor, which enabled capitalism to exploit the workers. Also to appreciate the science of Historical and Dialectical Materialism, which teaches the inevitability of progress from primitive communism, tribal society, thru feudalism and capitalism to Socialism and hopefully Communism Proper, the final self-governing utopia where the State and all artificial regulators like money, police, armies, law courts, prisons, etc. have gone.

This final stage is very idealistic, and I now would be quite satisfied with achieving the Socialist stage. The Communist stage would need a very high level of mass participation in the running of society, and the Socialist experience in the Soviet Union and the allied Socialist countries does not look promising. It seems rather than the masses learning to govern themselves through a one-Party system or one-Party dominated coalition, a privileged ruling clique or bureaucratic ruling class took over. While the basis of Socialism remained, with full employment, security in old age, good public services, the abolition of illiteracy, equality for women, cheap rents and public transport, good health services available to all, cheap basic necessities, etc. the system was distorted by this bureaucratic clique creaming off the best. Also the centralized State monopolies tended to be inefficient.

In my view the Bolsheviks in Russia led by people like Lenin and Trotsky made many serious mistakes very early on, which laid the foundations for Stalinism and all the horrors which followed, not just in the Soviet Union, but copied in Mao’s China, in Kim Il-Sung’s North Korea, and most horrifying of all carried to excess in Pol Pot’s Kampuchea (Cambodia). The crushing of the Kronstadt rebellion by Trotsky’s Red Army under the orders of Lenin crushed the original aims of the Revolution in my opinion, and consolidated a bureaucratic dictatorship which became more ruthless under Joseph Stalin. Eventually this bureaucracy caused the break-up of the Soviet Union and the failure of Socialism in the allied Warsaw Pact countries, as well as in places like Yugoslavia and Albania. A domino effect indeed.

Marxism-Leninism made the fatal mistake of exercising the Dictatorship of the Proletariat thru a single Party or a coalition (as in North Korea, East Germany and Czechoslovakia) dominated by the Marxist-Leninist Party. This situation came about during the Bolshevik Revolution in Russia, a country which never had a democratic tradition. All Socialist and anarchist alternatives to the Bolsheviks were crushed, and the final nail in the coffin of democracy was when Leon Trotsky and Lenin crushed the Krondstadt demands for a real people’s Socialist democracy.

The term ‘Dictatorship of the Proletariat’ really is just another word for democracy. Assuming the proletariat or working-class makes up the majority (and by working-class I mean anybody who labors for a salary rather than living off unearned income) then it just means the majority’s wishes rule. However I consider the term oudated since it does not recognize or accommodate the rights of minorities. I would therefore reject the term Dictatorship of the Proletariat, while recognizing the need for some stability by establishing a Socialist Constitution.

Under such a constitution Socialism would be enshrined as the basis of the economic and political system, thus the working-class would be permanently in power. However their wishes could be expressed through any number of political parties and organizations, so if one Socialist government became too corrupt and bureaucratic it could be voted out and another political party voted in to administer their brand of Socialism. For the record I maintain the Yugoslav system of Market Socialism with competing cooperatives and individual publicly owned enterprises was superior to the huge State monopolies, though some things such as the public transport networks, the telephone and postal systems, the utility companies which all require national grids or networks are best run as a State monopoly.

In this way Socialism could be protected from attempts by successive governments with slender parliamentary majorities, often minority governments if the total vote is taken into account, to privatize industries and services. This would only be possible if a substantial majority of the eligible electorate voted in a Constitutional referendum to replace the Socialist Constitution with an alternative one.

I therefore am happy to call myself a Marxist, since it was his ideas, along with those of people like Friedrich Engels and the British pioneer of the cooperative movement, Robert Owen, who inspired the early Labour Party, which sadly has now rejected Socialism and ceased to represent the working class.

We have a new party on the Left called Left Unity, and hopefully this can stimulate a move towards a real Socialist or Marxist alternative to the three main at present capitalist parties. It is hoped that if it doesn’t achieve power itself, Left Unity will do for the Left what the UKIP has done for the Right of politics, i.e. force Labour to move Left and closer to its Marxist and Socialist traditions. Restoration of the part of Clause IV calling for public ownership and control of the means of production, distribution and exchange would be the first and most important step towards achieving this objective.

This entry was posted on Sunday, January 19th, 2014 at 10:18 pm and is filed under General. You can follow any responses to this entry through the RSS 2.0 feed. You can skip to the end and leave a response. Pinging is currently not allowed.

Bad Behavior has blocked 3346 access attempts in the last 7 days.