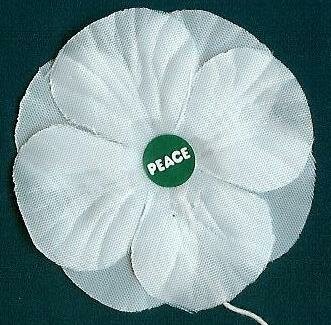 Next year, 2014, David Cameron wants to ‘celebrate’ the 100 year anniversary of the start of World War I. It is doubly ironic, firstly, that he wants to celebrate millions of young men and civilians being killed in a totally senseless imperialst war, really more of a family row between our Germanic royal family and their relatives over their respective empires. And secondly, it was at the time called ‘the war to end all wars’ and in fact led directly to World War II.

Had it not be for the First World War and the Treaty of Versailles, which imposed victors’ justice on the losing side, Hitler would not have risen to power on a popular vote to regain their lost territories.

Even after the Second World War, which incidentally totally failed in its objective to secure the freedom of Poland (at least that was why Britain went to war with Germany, listen to Chamberlain’s famous or infamous speech announcing the outbreak of war on September 3rd, 1939), West German maps showed their ‘lost’ territories beyond the Iron Curtain in not only East Germany but in parts of Poland, the Soviet Union, etc. The Poles, Czechoslovaks, etc. were not exactly dancing in the streets with joy when they discovered Hitler had gone and Uncle Joe Stalin had taken his place either, thanks to the West agreeing that the USSR, who lost more people than any other country, needed ‘buffer’ states against any future attempt to invade the Soviet Union.

Yet Finland, which bordered the USSR, managed to get neutrality, and in 1955 Soviet troops marched out of Vienna (Austria had been divided into occupation zones after the war much like Germany) and the country became neutral. Yet Austria was Hitler’s birthplace. Work that one out!

I have been criticized for wearing a white poppy and displaying one on my Facebook page around this time of year, and people say I should wear a red poppy as well. I won’t because the red poppy, to me, glorifies war.

I’m told I should be grateful to those who sacrificed their lives to give us freedom, they never say I should be grateful to those who murdered millions of innocent civilians or who murdered conscripted young Axis soldiers in order to allow our arms manufacturers to continue their war-making around the world and make huge profits out of death and misery. If this is ‘freedom’ it doesn’t feel like it to me.

Yes, Hitler’s Nazi regime was terrible, but the whole point is the War didn’t stop him murdering over 6,000,000 Jews and others in the gas chambers, in fact, it probably gave him the opportunity to do so. Such atrocities are so easy to commit in war. Why should German citizens have been too worried about what was going on in the camps when cities like Berlin, Dresden and Hamburg were being bombed with napalm, etc. by Allied air forces? When their own sons were fighting and dying on two fronts?

Had war not broken out, we can only surmise what might have happened. We do have it on record, however, that Hitler said he’d solve the ‘Jewish problem’ by killing them if war broke out, and this is exactly what happened.

My guess is that the Nazi regime would have tried to ethnically cleanse, to use modern parlance, the Third Reich by expelling the Jewish population, but USA, UK, etc. were reluctant, before the War, to take many of these, just as asylum seekers nowadays are not exactly welcomed by a large part of the populations or the media of these countries.

I imagine a deal would have been cooked up with Britain, which held the Palestine Mandate, to set up a Jewish State called Israel, without consulting the Palestinians of course, but with the backing and, in fact, at the instigation of the Zionist movement. Jews from the Third Reich would probably have been allowed to go to Israel; trains would probably have taken them there instead of to the concentration camps.

As to Hitler himself, and other despots like Stalin, Pol Pot, General Pinochet of Chile, etc., there are other methods of dealing with them than getting young men to kill each other and bombing innocent civilians. War means the very thing we oppose we end up doing ourselves, exterminating millions of people just because they are ‘different’ from us!

War makes murdering fascists of everyone but the pacifists and conscientious objectors. All who support the wars in any way are condoning all the atrocities their side commits, such as the fire-bombing of German cities and the atomic bombing of two Japanese ones. These two atomic bombs on Hiroshima and Nagasaki didn’t even end the War in the Far East, as often claimed. The USA had to capitulate to Japanese terms even after that in order to end the War. It didn’t in fact end until President Truman agreed that Emperor Hirohito could remain on the Japanese Throne, and that he wouldn’t be tried for war crimes. Of course Truman, Churchill and Stalin also escaped war crime tribunals because they were on the ‘winning side’.

I’ll continue to fight for peace and remember all the casualties of all wars by wearing and displaying only the white Peace poppy. This says wars don’t solve anything, and the only winners are the arms manufacturers. The white poppy remembers all the soldiers on all sides who died or were injured in all wars, all military people and also all civilians from all counties who were murdered or maimed in these wars and that we must find another way of dealing with despots and oppression other than becoming as bad as them ourselves.

For example, the Siege of Sydney Street (and similar such sieges where armed police face armed criminals holed up in a building). The police do NOT bomb the whole street or the whole district with napalm in order to flush out or kill the criminals or terrorists.

Until we learn that war profits nobody but the arms manufacturers, that wars will only cease when men (and a few women) refuse to fight, then we will never have lasting peace. However if you’re happy to send young men, barely out of their childhood, to kill other young men still in their teens and early twenties just because they were born in another country, waving flags when the survivors come home, many crippled for life; if you’re happy to have made people in another country widows or mourn for their dead sons, while old men, the generals and politicans, sit safely in their bunkers, then go ahead. After all, some young men foolishly think war is fun, hence the popularity of war video games and films. Bombing innocent civilians is apparently fun if you’re not on the receiving end.

The whole of society is sick if it thinks patriotism means rejoicing and waving flags when people have been murdered and maimed for a political objective, whatever it may be.

Patriotism to me means vowing never to fight another war again, to find other means of dealing with oppression and injustice, and seeking to unite with other countries to form a global federation or confederation which will guarantee human rights and freedom to all inhabitants of this very troubled and primitive planet of warring tribes.

No wonder the UFOs only observe us at a distance and don’t make contact very often. We are  not fit to join any Inter-Galactic Federation until we have put away our destructive ‘toys’ and started to behave like civilized human beings. The first step  is to strive seriously to form a democratic federal or confederal world government from the existing United Nations General Assembly, and to police the world with an international security force to replace warring national military forces. Do I want my country occupied? You’re darn sure right I do, by an international security force, occupied permanently! Along with all other countries to stop the anarchy of war.

A world federation or confederation should be democratic of course, but until that is achieved even occupation by another country is preferable to all-out war. I’m not a Christian, but it might do Christians well to remember Jesus Christ lived in an occupied country of the Roman Empire and once is reported to have said: ‘render under Cesar what is Cesar’s, and unto God what is God’s’. He, to the disappointment of the Jews, did NOT fight to liberate his country from the Romans.

This entry was posted on Monday, November 11th, 2013 at 3:22 am and is filed under Politics. You can follow any responses to this entry through the RSS 2.0 feed. You can skip to the end and leave a response. Pinging is currently not allowed.

Bad Behavior has blocked 979 access attempts in the last 7 days.