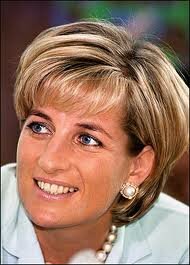 While most of the British media have kept silent with regard to the latest allegations about how the SAS arranged the car crash which killed Diana, Princess of Wales, Dodi Fayed and Henri Paul, the Daily and Sunday Express, to their credit, won’t let the story die, with continual front-page headlines about the revelations and new investigations by the Metropolitan Police and the SAS themselves.

Today’s Daily Express says 30 SAS soldiers serving in the unit at the time of the Paris crash and still with the regiment are being grilled over the assassination claims. However the disturbing aspect of all this is that the SAS high brass, MI6, the government, etc. are now going for damage limitation, already suggesting that if murder is proved they will blame it on ‘rogue elements’ inside the SAS.

This simply will not wash. It was a very well-planned assassination and the cover-up has continued for 16 years. The facts are that senior British secret service personnel arrived in Paris shortly before the crash and left soon afterwards, and no way was this assassination planned and carried out by ‘rogue elements’ within the SAS without the full knowledge and approval of the British secret services and the high brass of the SAS itself.

The Express also reports today that ‘the head of UK Special Forces has expressed regret to Prince Charles for any distress that the furore has caused the Royal Family and in particular Princes William and Harry.’ A source is quoted as saying: ‘There has been a private communication between the SAS and the Prince of Wales over this matter.’ The Express goes on to say: ‘It is believed to be the first time that any senior Army officer has been forced to write to the Royal Family apologising for the actions of his men.’

Even more revealing is when the Express states: ‘It has also emerged that concerns about the claims are now being discussed within the Government. A senior Government source last night told the Daily Express: “Two weeks ago you would not have believed that Diana was murdered, let alone that the SAS were behind it. But the claims just won’t go away and you reach the point where there is no smoke without fire. There are now people in Government wondering whether there was a rogue element in the SAS or a special unit of ex-members who played some part in her death.”

This last sentence is the damage limitation exercise already being launched obviously in the expectation that murder will  be proved, or admitted. Blaming the assassination on ‘rogue elements’, however, is simply not credible and will never stand up to scrutiny.  The head of the SAS was sent the SAS soldier’s allegations, he is described as a very credible person, two years ago, but nothing was done about them. If it was rogue elements within the unit the top brass would have wanted a full internal investigation immediately, but as it was an official operation the allegations were sat upon until made public.

The Express article today ends with the following: ‘Scotland Yard says it is still assessing the allegations attributed to Soldier N but has not launched an investigation. A spokesman said: ‘”We are currently looking at recent information regarding the deaths of Princess Diana and Dodi Fayed. The exercise is not completed.”

The suggestion by a senior Government source that ‘there’s no smoke without fire’ and that ‘rogue elements’ within the SAS may have been responsible for the crash is clearly damage limitation in advance of an expected investigation which will result in foul play being proven and/or admitted.

What will be the reaction of Charles, William and Harry if it is finally revealed that Diana was assassinated by members of the very Establishment they are members of? The very future of the Monarchy is seriously in danger, and as a republican I say ‘about time too’, an anachronism which serves mainly as a tourist attraction (which could be moved to a Disney-style theme park or Monaco-style mini-statelet around Windsor).

However there is a more sinister side to the Constitutional Monarchy. All its members, including the current sovereign, are mere puppets of a shadowy Establishment. Remember the Head of State’s words to Paul Burrell, Diana’s butler, about ‘dark forces’ of which we know little. Perhaps we’ll know a lot more in the future, for surely William, Harry and even Charles will want to know exactly what happened to Diana and why. If she could be eliminated, none of the royals are safe!

This entry was posted on Tuesday, September 10th, 2013 at 3:41 pm and is filed under General, Politics. You can follow any responses to this entry through the RSS 2.0 feed. You can skip to the end and leave a response. Pinging is currently not allowed.

Bad Behavior has blocked 1551 access attempts in the last 7 days.