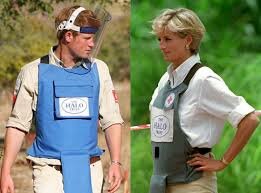 That Diana Spencer, former Princess of Wales, was killed in a carefully arranged ‘accident’ which was then covered up by the authorities there can be no doubt. The media even tried to imply that the official Inquest came up with the conclusion that it was an accident caused by a drunken driver, Henri Paul, and the paparazzi following the Mercedes Diana and Dodi were traveling in. This is not in fact the case, the verdict was ‘Unlawful killing’ caused by the vehicles following the Mercedes. These vehicles, including several motorcycles, were NOT the paparazzi and they have never been traced or identified. ALL the paparazzi vehicles were traced, and they were nowhere near the Mercedes when the crash occurred. The evidence that Henri Paul was drunk was thoroughly discredited as the blood samples were switched. There was so much carbon monoxide in them he would have been dead, or at least incapable of driving at all, before he even got into the car. Added to which neither Diana, Dodi nor the bodyguard Trevor Rees-Jones would have allowed a drunken Henri Paul to drive the car, they wouldn’t have even got in it if he was driving in that condition.

This morning’s Daily Express has a piece which says the latest allegations about the SAS arranging the ‘accident’ on orders from MI6 raise the whole thing up to a new level, especially as Prince Charles, Mohamed Al-Fayed and the judge who presided over the official Inquest have been approached. The newspaper yesterday said this makes a new inquiry more likely. However the Express piece below contains a quote which says nothing will be revealed till the Queen dies. William and Harry, however, will wish to know what happened to their mother. This is exactly what has been said over and over again on the DianaSpeaks site, where the Earthbound spirit of Diana communicates through her voice channel Andrew Russell-Davies, aka Christian.

Everything was planned down to the last detail, to cope with every eventuality including the possibility that Diana would survive the crash. She indeed did, but was finished off in the ambulance which contained a bogus crew. Look at the many precis on the events in Paris on the DianaSpeaks site where all the evidence available is gathered together, and no reasonable person could be in any doubt this so-called ‘accident’ was carefully arranged, as indeed Diana herself was told it would be on several occasions. This is a quotation from Simone Simmons book, ‘Diana – The Last Word’:

‘I was with Diana in her sitting room at KP when she beckoned me over and held her large old-fashioned black telephone away from her ear so that I could hear. I heard a voice telling her she should stop meddling with things she didn’t understand or know anything about, and spent several minutes trying to tell her to drop her campaign. Diana didn’t say much, she just listened, and I clearly heard the warning: “You never know when an accident is going to happen.” She went very pale.’

Diana identified the caller of some of these threats in connexion with her anti-landmines campaign as a Tory MP. It was the anti-landmines campaign which sealed her fate, plus the fact that she was planning on taking up the cause of the Palestinians next, which would have riled the Israeli authorities. The CIA would have been very anxious Diana was out of the way because she was a very powerful woman even stripped of her royal HRH title, and could be extremely influential. It was Diana who persuaded President Bill Clinton to vote for the anti-landmines Treaty. This was, no doubt, her fatal action (not a mistake, because it had to be done). Once she’d persuaded the President of the most powerful nation on Earth and thereby damaged the financial interests of the powerful arms industry, her fate was sealed.

Another very sinister thing was a report I read in The Guardian newspaper, never mentioned since to my knowledge, quoting a Tory MP about a week before the fatal crash. Diana had made remarks to the effect that she thought the newly-elected Tony Blair Labour government would be more sympathetic to the anti-landmines campaign than the outgoing John Major Tory government. The MP was quoted as saying that they could not ALLOW such political statements from the mother of a future King. About a week later, Diana was conveniently dead, and pressure was put on President Clinton to change his mind about the promise he made to her.

Once Diana was dead, President Clinton was indeed persuaded to renegade on his promise to her and vote against the anti-landmines treaty. Today, nearly 16 years later, the USA is one of the few countries which still has not signed or ratified the Treaty.

But Diana said in the Panorama interview that the trouble was ‘she will not go quietly’. Indeed she won’t, and if you doubt this listen to some of the 40+ hours of podcast posthumous interviews with Diana on the DianaSpeaks site and on a site linked to it, or go direct to the main podcasts here: http://www.sessionswithspirit.info/Diana_Speaks.html

This entry was posted on Saturday, August 24th, 2013 at 11:01 am and is filed under General, Politics. You can follow any responses to this entry through the RSS 2.0 feed. You can skip to the end and leave a response. Pinging is currently not allowed.

Bad Behavior has blocked 1460 access attempts in the last 7 days.