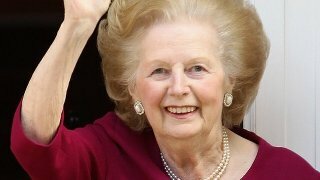 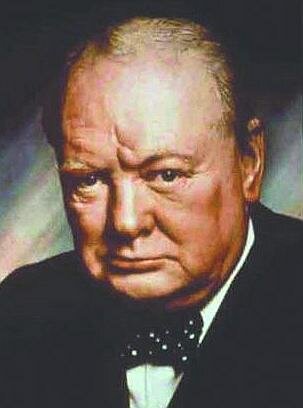 The two British Prime Ministers who were given big funerals are Winston Churchill and Margaret Thatcher. A full State funeral for Winnie, and a big ceremonial funeral (one step down from a State funeral at her own wish) for Maggie. Ironically, these are two of the most controversial Prime Ministers of the 20th Century.

Winston Churchill once suggested machine gunning striking miners during the General Strike, he was in favor of letting Mahatma Gandhi die when he went on hunger strike for Indian independence, Churchill praised Mussolini’s fascism and even went so far as to call the Italian dictator a ‘Roman genius’, and he was the wartime Prime Minister who authorized the terror bombing of Axis cities killing many totally innocent civilians. In other words, he was a war criminal.

In the closing stages of the Second World War, which Britain got involved in after the Nazi invasion of Poland, Churchill sat with Stalin and the American President and between them they carved up Europe, handing Poland, Czechoslovakia and a number of other Central and Eastern countries over to the Soviet sphere of influence, thus betraying the Poles by allowing them to exchange the foreign dictator Hitler for the foreign dictator Stalin. He also agreed boundary changes for Poland which was regarded as a betrayal. By contrast countries like Finland and later Austria (the latter being Hitler’s birthplace and annexed by Germany) were granted neutrality. No such attempt was made to guarantee neutrality for countries like Poland and Czechoslovakia.

Thatcher has similar credentials. Devastating mining communities by closing the pits, taking on the striking miners and greatly weakening the trade union movement, selling off social housing, introducing the controversial Community Charge (Poll Tax), ordering the sinking of the Argentinean ship the ‘Belgrano’ with great loss of life as it was sailing away from the ‘exclusion zone’ during the Falklands/Malvinas war (Tam Dalyell, the former Scottish MP, called her a ‘murderess’ for this war crime), calling Nelson Mandela a terrorist while praising the fascist dictator General Pinochet as the savior of ‘democracy’ in Chile, and as Ken Livingstone has remarked, basically causing all the problems we face in Britain today including the banking crisis, the horrors and chaos of privatization of our utilities and transport systems, and the acute housing shortage, especially in social housing.

Two extreme rightwing politicians who at one stage praised fascist dictators, who were responsible for war crimes, who attacked the poor and and those striking for their livelihoods, and who were hypocritical about their stance on Communism.

Both claiming to be anti-Communist, Winston Churchill crying crocodile tears over the ‘Iron Curtain’ which had descended over many Central and Eastern European capitals – a thing he agreed to at the end-of-the-war conferences between the Allies. Maggie Thatcher opposing the reunification of Germany after the Wall was torn down and preferring East Germany to remain in the Soviet sphere of influence.

Like all of us, these two politicians will learn the effect of their actions and policies in the afterlife and hopefully eventually learn from them.

However, why huge, expensive funerals for such controversial Prime Ministers? Many other former PMs have had private or much less elaborate funerals. Maggie’s huge, expensive affair will surely incite counter-demonstrations.

The fact is all political figures are controversial to some extent, and this includes the Queen and royal family. So any expensive State or ceremonial funerals around such figures will be controversial. No doubt this is unavoidable in some cases, such as when the Head of State dies. But to single out two of the most controversial Prime Ministers for very expensive, elaborate funerals seems, to me, quite unnecessary and a backlash is to be expected.

This entry was posted on Thursday, April 11th, 2013 at 1:05 pm and is filed under Politics. You can follow any responses to this entry through the RSS 2.0 feed. You can skip to the end and leave a response. Pinging is currently not allowed.

One Response to “Maggie and Winnie”

Bad Behavior has blocked 3080 access attempts in the last 7 days.